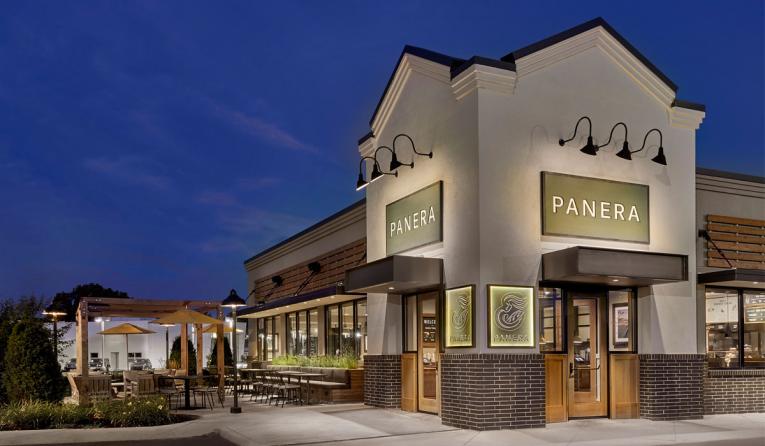 As part of its 2025 goals, Panera will also transition to 100 percent circular, reusable, and compostable packaging and use green, renewable energy for at least 50 percent of owned operations.

Panera Bread on Wednesday said it’s becoming the first national fast casual in the foodservice industry to commit to being climate positive. Panera will adapt operations to ensure it takes out more carbon than it emits by 2050.

The bakery chain has worked on measuring and reducing its carbon footprint for over half a decade. Upon reaching its most recent target of reducing direct emissions per square foot by 15 percent (since 2017) early, Panera set a new watermark.

While many other companies announced net-zero commitments, it’s not enough for Panera, says Sara Burnett, the chain’s VP of food beliefs and sustainability. Data shows the net-zero work companies and G20 Summit countries are doing today still falls short of what’s needed to stay below the 1.5 degrees Celsius increase in global temperatures scientists warn about.

Panera’s climate positive commitment is the company’s ambitious answer. If successful, Panera will eliminate roughly 2.4 million metric tons of carbon dioxide equivalents each year compared to Panera’s 2019 greenhouse gas baseline. That number is equal to the amount of carbon sequestered by 2.96 million acres of forest per year, an area 14 times the size of New York City.

“We’ve just recognized that ourselves and many others are going to have to go beyond carbon neutral or net zero,” Burnett says. “That’s what really led us to our goal. It was just this belief that we have a responsibility to really do more for all of our stakeholders, not just our shareholders, but also to support our associates, our community members, and the planet.”

To accomplish the vision, Panera Bread is taking immediate action to reach its interim 2025 goals. These initiatives include increasing the percentage of Cool Food Meals, or those that have a low impact on the climate as certified by the World Resources Institute, to 60 percent of bakery-cafe entrees. The company says if, each year, every person in the U.S. swapped 10 quarter-pound burgers with fries for 10 Chipotle Chicken Avocado Melt sandwiches with chips, it would reduce carbon emissions by 77 million metric tons of carbon dioxide equivalent. This change equates to taking more than 16 million passenger vehicles off the road for one year.

“I think that that’s just a really powerful way for us to not only reduce our impact overall, but also to help inform the guests just like we did with calories 10 years ago, but now giving them the ability to understand the carbon impact of their diet,” Burnett says.

As part of its 2025 goals, Panera will also transition to 100 percent circular, reusable, and compostable packaging and use green, renewable energy for at least 50 percent of owned operations, the company said. Panera has long been involved in packaging innovation and wants to reduce packaging altogether, it said. That’s why the brand enabled guests to opt out of receiving disposable cutlery. It’s a move that seems minor, but in the first three months alone, saved Panera 125,000 pounds of plastic.

Because about 25 percent of current greenhouse gases are created from food production supply chains, there is an increased impetus on restaurants to create policies to address the climate crisis, Burnett says. Average global temperatures have risen by 2.2 degrees Fahrenheit since 1880, studies revealed.

“We have always been a company that is rooted in serving food that’s good and good for you,” Burnett says. “And for us, that means that the impact is much wider than just the ingredients on the plate, but it’s where they come from, how they’re prepared, how they make their way to your plate. This has been something that we’ve been concerned about for quite a long time.”

In 2004, Panera Bread began serving chicken raised without antibiotics. The brand was also one of the first to label low carbon and calories on meals before it was required to do so.

Over the past year and a half, some brands that previously implemented initiatives to drive greater sustainability saw packaging policies take a step back. Panera maintained its standards across the supply chain but with more orders to go, had to deploy additional off-premises packaging than ever. For instance, Panera replaced sandwich boxes with a compostable thermal wrap, reducing the amount of material by 60 percent.

Burnett says Panera has always prioritized maintaining food quality and food safety. Throughout the pandemic, it simply looked for new ways to reduce impact alongside the demand for off-premises packaging. Changes like moving from a threefold to a twofold napkin, which offered significant results without causing customer issues.

“We had to continue to innovate to try to prioritize sustainability, even though we had these headwinds of increased packaging,” Burnett says. “That’s just why it’s so critical. We don’t see that off premise is going to completely revert to pre-COVID numbers. So we have to keep innovating. We have to keep using less material, using the right types of material, when we think about designing new packaging.”

Because of supply chain disruptions, brands have had to use materials they weren’t used to, Burnett says. That may have meant more plastic bags. But over time, the industry is getting back to some semblance of normal.

On the other side, for many consumers, the pandemic created of a reckoning of sorts as they come to terms with the global impact of their decisions, Burnett says.

“I believe that what COVID did for consumers is it brought a recognition that our impact is much wider than just our immediate friends or family,” Burnett says. “The decisions we make impact our whole community and our world. And from a sustainability standpoint, that’s a very important lesson. And we’ve seen a more conscious consumer. They’re really just looking for organizations to stand up and take accountability for their impact and continue to try to do better each and every day.”

Burnett believes consumers are going to continue asking their favorite brands to do more when it comes to sustainability, and their purchasing decisions will reflect that. A variety of factors will likely come into play to push other chains into a more sustainable trajectory. Brands’ own convictions and core beliefs, regulatory pressure and, of course, the all-powerful demands of the consumer to spend money at socially responsible organizations.