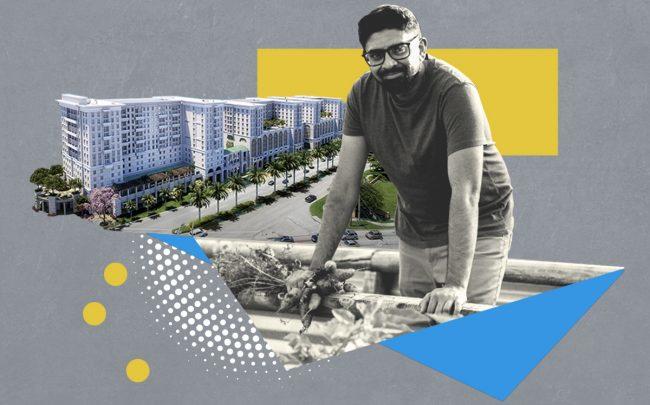 Chef and restaurateur Niven Patel and the Argentinian restaurant group Graziano’s are each leasing space at Life Time Coral Gables, a $500 million mixed-use development that’s expected to be anchored by a Trader Joe’s grocery store.

Developer Nolan Reynolds International plans to deliver the project, previously known as Gables Station, early next year. The 1.2 million-square-foot development at 250 South Dixie Highway will include a 70,000-square-foot athletic resort, a 22,000-square-foot shared workspace component, nearly 500 apartments and retail space. Gables Insider reported that Trader Joe’s applied for a building permit at the project in August.

Both Patel and Graziano’s will be leasing about 5,800 square feet on the street level of the Life Time development. A spokesperson for the project declined to describe Patel’s concept for Life Time. Patel also plans to open an Orno restaurant soon at Paseo de la Riviera.

Graziano’s operates restaurants and markets in Brickell, Hialeah, Coral Gables and on Bird Road in Miami; and markets in Weston, Doral and Aventura, according to its website.

Trader Joe’s also has locations near Dadeland Mall and in Miami Beach.

Life Time is leasing the shared workspace portion and the athletic resort from the developer, and has a management contract for the residential component.