Millennials migrate to downtown Miami in droves and business follows 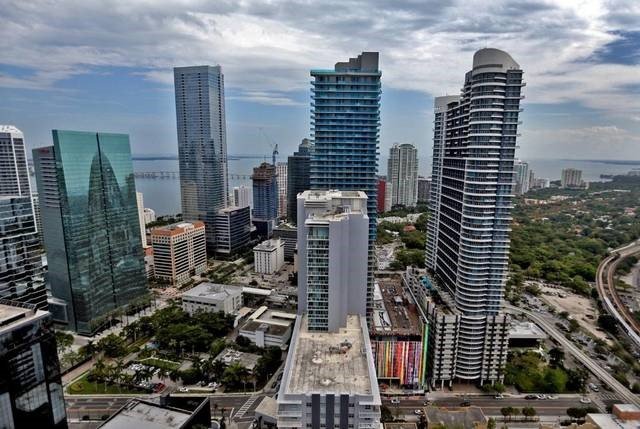 A new report by the Miami Downtown Development Authority confirms what the restaurant openings, cranes and traffic snarls already tell us: Young professionals are still moving to downtown Miami in droves, and new businesses are following them.

According to the Miami DDA’s Demographics Report that will be released Tuesday, downtown Miami’s full-time population has soared to nearly 90,000 residents. That’s up 32 percent since 2010 and 150 percent since 2000.

Young professionals between the ages of 20 and 44 make up about half of this population, helping to fill the more than 20 new residential towers that have been built since the last real estate boom. More than half of downtown residents have obtained some form of college education, the report said.

“A report is one thing to study and see on paper, but if you go downtown in the evening you will see a different downtown than 10 years ago,” said city of Miami District 2 Commissioner Ken Russell, who is also chairman of the Miami DDA. “You can feel it, there’s an energy.”

There are restaurants and stores popping up all over, and I feel like millennials are really driving that energy.
—Whitney McLees, a new downtown resident

Indeed, being in the center of it all is what appealed to Whitney McLees. The 30-year-old moved to the new Melody Tower, at 14th and Biscayne in the Arts & Entertainment District, in May. Within a couple of weeks of her move she began working as marketing and public relations manager for the Intercontinental Miami, so she rarely takes her car out of the garage anymore. McLees, who rents, says she can walk to work or take the Metromover, and Publix is right around the corner. “There are restaurants and stores popping up all over, and I feel like millennials are really driving that energy.”

According to the DDA report, per capita income is also on the rise in downtown Miami, increasing nearly 30 percent since 2010. Within the DDA’s boundaries — roughly between the coast and I-95, and 24th Street to the north and Rickenbacker Causeway to the south — average household income exceeds $110,000, and in the Brickell neighborhood, it’s $127,758. The average household income of downtown Miami is nearly double that of national averages and 83 percent higher than that of the city of Miami.

Yet it takes these much-higher-than-average incomes to afford a place in the downtown corridor. Miami-Dade is one of the country’s least affordable housing markets and Miami is one of the toughest cities for renting, recent studies showed, but the majority of the units selling or renting downtown are pricey. Russell acknowledges that is a challenge.

“Rather than concentrating solely on development and finance and construction, we have to make sure downtown is livable, enjoyable and sustainable. We have to make sure it is affordable so that the people who have made it a vibrant area can continue to live here,” Russell said. “What I want is for someone who works downtown to not have to commute in from very far away. … It’s about the well-being of the entire city,” he said, noting that the biggest cause of traffic is the commute into and out of the core.