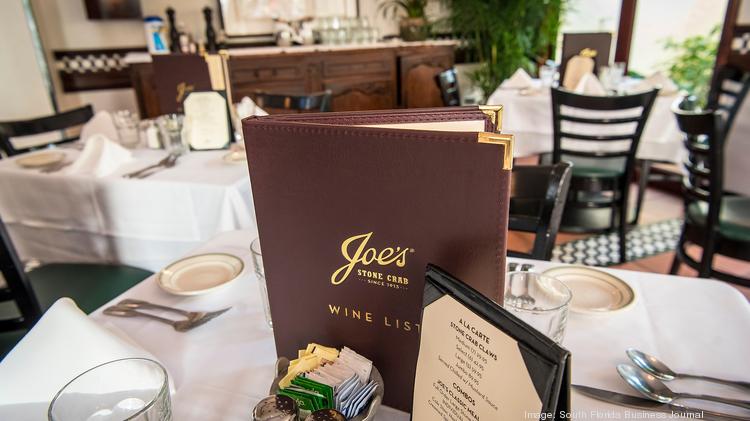 Stephen Sawitz has prepared for Joe’s Stone Crab’s seasonal opening in mostly the same way for more than 40 years, but the owner of the landmark eatery still gets butterflies ahead of the big day.

“I’ve done this many times, but it never gets old,” said Sawitz, the great-grandson of Joe’s Stone Crab founder Joe Weiss.

The staff at Joe’s Stone Crab will grow from about 60 people to 400 this week as the Miami Beach restaurant begins serving lunch and dinner for its 105th stone crab season Thursday.

Diners can expect the restaurant’s famous stone crab offerings on the menu along with new additions such as panko-crusted grouper and seared sea bass.

Joe’s Take Away, the casual dining side of the business, has been open for takeout since August, but orders tend to spike ahead of the main restaurant’s opening, Sawitz added. This year, Take Away opened in August, a few months earlier than in previous years. Sawitz cited high demand from customers for the change, and said Take Away would open earlier next year, too. Joe’s typically closes in July at the close of the stone crab season.

The Take Away program started unofficially in 1987 in the area of the restaurant that’s now Jeese’s Room, a 50-seat private dining area. In 1995, Take Away was moved to Washington Avenue and, in 2010, it was expanded to a larger space at the same location.

“In a way, we always had Take Away because people would come to the back door of the restaurant,” Sawitz said. “That really drove us to do it.”

Last year, Joe’s Stone Crab bought and sold about a half-million pounds of stone crabs for the season. Sawitz hopes to buy many more, he said.

Joe’s Stone Crab is among the Top 10 highest-grossing independent restaurants in the U.S., with more than $37 million in sales in 2016.

Read the full article and check out the snazzy slideshow from South Florida Business Journal.