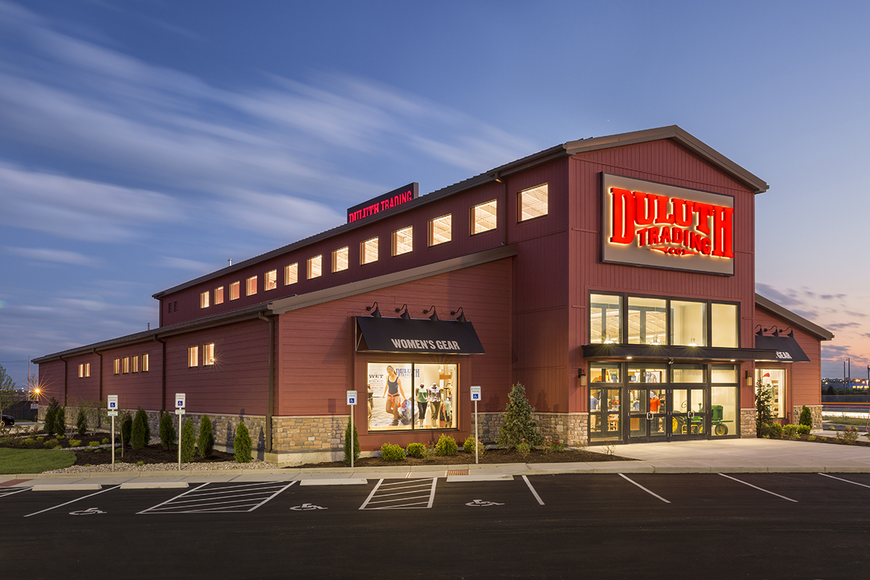 Belleville, Wisconsin-based Duluth Holdings Inc. would occupy a new 14,560-square-foot building at 13000 City Station Drive. The property is along Interstate 95 on the west side of the Regal River City Marketplace Stadium 14 movie theater.

Trading Co. ad for its Fire Hose pants describes them as “tougher than a giant angry beaver’s teeth.”

Centre-Line represented the tenant in this transaction.

According to duluthtrading.com, the nearest Duluth Trading Co. store is in Louisville, Kentucky, about 600 miles from Jacksonville. Most of the chain’s stores are in the Northeast and Midwest. The company opened its 38th store on June 7 in Columbus, Ohio.

The company was started in 1989 by two brothers working in construction in Duluth. According to the Wisconsin State Journal, in 2000, Duluth Trading Co. was acquired by Gempler’s outdoor supplies, which then was owned by Steve Schlecht. Schlecht sold Gempler’s in 2003 to concentrate on developing the Duluth Trading business. In 2015, the company went public and Stephanie Pugliese was promoted to CEO and Schlecht became the company’s executive chairman.

Duluth Trading Co. describes itself as a lifestyle brand for the “modern, self-reliant American.” It offers “high quality, solution-based casual wear, workwear and accessories for men and women who lead a hands-on lifestyle and who value a job well-done.”