The Chetrit Group and JDS Development Group closed on a pre-development loan for their $1 billion, mixed-use Miami River project.

The 6.2-acre, five-phase project at 401 SW 3 Ave will have 1,678 residential units, 330 hotel rooms, 266,000 square feet of retail and office space, and more than 2,000 spaces. Developers hired Fortune International Group to handle condo sales (that have not yet launched), and the project is also slated to bring on a major hotel flag soon. Local developer Ari Pearl is also a partner on the development.

Plans for the site include four towers, a hotel, shops, restaurants, and a public river walk with boat slips. Phase one will have a 56-story building with a 207-room hotel, 334 condos, 42,100 square feet of retail and a parking garage.

In October 2015, the Miami City Commission approved a development agreement and rezoning on the 10-acre site. To obtain city approval for higher density, the developers promised to invest $14 million into an affordable workforce housing fund, as well as pay $7 million for public infrastructure surrounding the project, including renovating nearby Jose Marti Park. Raymond Jungles has designed the plans for the park. 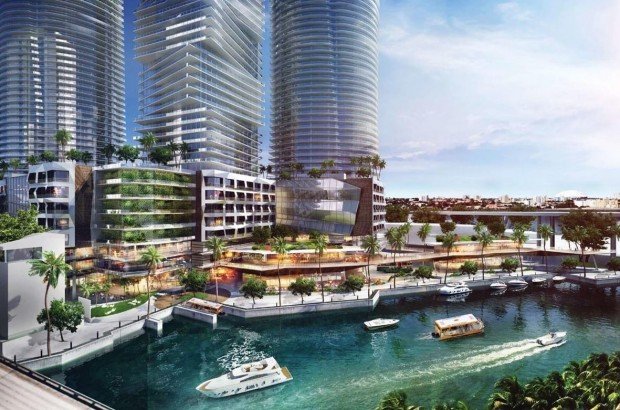