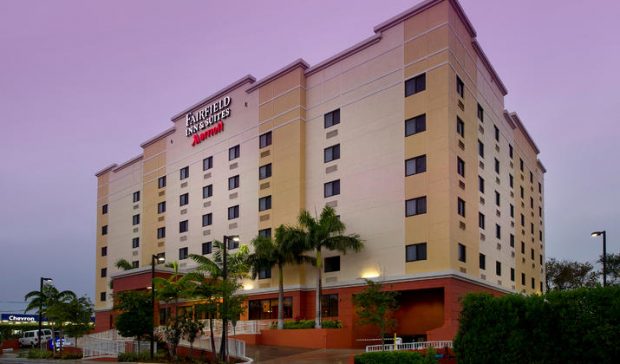 Baywood affiliate 36th Street Hospitality LLC just closed on the land and construction financing for the property at 8001 Northwest 36th Street in Doral. Gibralter Private Bank & Trust is the lender. The hospitality development and management firm also broke ground on the project, a 133-room Fairfield Inn & Suites by Marriott.

Making its first appearance in South Florida, Chuy’s Tex Mex has signed on to open across from the Fairfield Inn at 8001 NW 36 Street, in a deal brokered by Centre-Line Real Estate.

Vareka Investments N.V., an offshore entity based in the Lesser Antille island country of Curacao, sold a portion of the property to Baywood for an undisclosed amount. Diego Ribadeneira, reportedly an early investor of Bain Capital, manages the company and signed the deed transfer of ownership.

Baywood, which is based in Greenbelt, Maryland with an office in Miami, has been active in Miami-Dade. The company owns and operates a portfolio valued at more than $800 million, according to its website. In South Florida, its properties include the Fairfield Inn & Suites near Miami International Airport, the Hilton Garden Inn Miami South Beach-Royal Polo and the Residence Inn Miami Airport West/Doral, which is less than two miles away from the Fairfield site in Doral.

In February of last year, Baywood sold the Holiday Inn Doral and the adjacent Staybridge Suites Miami for $36 million.